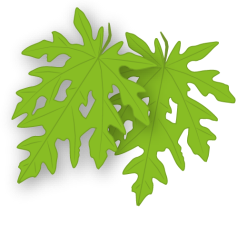 A bit of history of the Minangkabau country

Origin of the name

The name Minangkabau comes from « minang » meaning « victorious » and « kabau » meaning « buffalo ». According to legend, the name dates back to a quarrel between the Minangkebau and a neighbouring Javanese prince. To avoid a battle, the two sides agreed to settle the matter by organising a fight to the death between two buffaloes, one representing each side. The Javanese prince brought an enormous bull, but the Minangkebau slyly chose a starving baby buffalo, whose horns had been cut and sharpened to a knife-edge. Seeing the adult buffalo in the middle of the field, the baby buffalo ran to him in the hope of being fed, and the big buffalo did not feel menaced. Ducking underneath the buffalo looking for a non-existant udder, the baby inflicted mortal wounds with his horns, thus bringing victory to the Minangkebau. The profile of the roofs of the big traditional houses in Western Sumatra called « ruma gadang » (big house) represents the curve of a buffalo's horns.

A tour around the southwest of Sumatra will enable you to realise that there are as many different ways of being muslims as there are cultures in the world. The Minangkebau society constitutes the largest matrilinear (based on maternal ascendance) group in the world. Family possessions, notably the houses and rice-fields, are transmitted from mother to daughter. When a man gets married, he goes to live with his in-laws. Although they own the ground, the Minangkebau women do not hold all the power. The maternal uncle, called « mamak » is the most eminent personality in the family and is consulted for all important decisions.

What is known as Padang cuisine, is in fact the cuisine of the Minangkebau. It is on of the best known cuisines in Indonesia. Padang cuisine is reputed for its tastiness, dishes are prepared with coconut milk and spices. It resembles Indian or Middle Eastern cuisine, notably through the use of curry. In restaurants, the waiter will bring to table a dozen different dishes, always with small helpings. The clients eat what they like, and only pay for what they have eaten. One of the most famous dishes is « Rendang » a spicy meat stew, and « saté » (beef saté in a curry sauce) is also greatly appreciated.

A region rich in fauna and flora

If Bukittinggi is an interesting destination as such, visitors come especially to explore the Minankabau countryside and the Harau valley. Situated east of the town, the Piladang region specialises in Koropocks. These are biscuits made with salted tapioca.

This is the region of the Minankabau ethnie, and the 50 kota (villages) of one of the three Minankabau clans.

The road through the Harau valley is lined with rice plantations and other cultivated fields, before continuing between 100m high cliffs (a hiker's paradise) for several kilometres. Lake Maninjau lies in an old volcanic crater, and comes into view as one descends around the 44 (numbered) bends linking Maninjau to Bukittinggi.

1) The Rafflesia Arnoldii is a kind of parasitic plant. It is famous for having the largest real flower in the world.

2) Civet cat coffee, or Kopi Luwak, is a coffee made from beans collected in the excrements of the Asian civet cat. This coffee is reputed to be the most expensive in the world. Our excursion Harau Valley and the Lake Maninjau includes a visit to a Kopi Luwak coffee-shop.

In the Indian Ocean, these islands have an incredible variety of fish (more than 300 different species) and you will marvel at the beauty of the waters and the coral. The water is warm all year round, (28°C approx.).

The Clown Fish, the main attraction!

The clown fish, or amphiprion, is a small sea-water fish which lives in these islands' coral reefs. The clown fish lives very close to a sea anenome which is not a danger to it as the fish secretes a mucus immunizing it against the stinging cells of the anenome. The little clown fish finds refuge in the anenome's tentacles and in return, it nourishes it and keeps away bigger fish that might try to attack.

The Mentawaï islands are a group of four main islands about 150 km off the western coast of Sumatra. This archipelago was still attached to the mainland of Sumatra 500000 years ago.

Siberut, the largest island in the archipelago (4030 km2) hosts the major part of the population, estimated at about 76500 inhabitants (cencus in 2010).

About 60% of the surface of Siberut is covered with tropical forest. This biological richness has resulted in the island being classified as a biosphere reserve by UNESCO. The national park protects most of the western half of the island.

Isolated for a long time, the Mentawaï archipel has a number of endemic animals, such as the Kloss gibbon, a rare species of monkey. The Mentawaï are known as the « flower men » because they cover themselves with flowers from the forest.

The traditional villages are made up of one or several « Uma » (communal house), several families living under the same roof.

Animists, the native beliefs are based on the cult of the spirits of nature, the sky, the sea, the jungle and the earth. They also believe in the existence of phantoms and souls.

The Mentawaï have been subjected to a policy of sedentariness, since the beginning of the 1950's, in the name of modernisation. But, today, more than a thousand have gone back to their ancestral way of life.